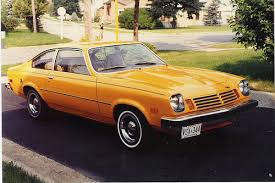 Yo-yo – an object consisting of an axle connected to two disks and a length of string looped around the axle.  The player holds the free end of the string allowing gravity or force of a throw to spin the yo-yo and unwind along the string and once extended, allow the yo-yo to wind itself back into the players hand.  This comes loosely from Wikipedia.  Kinda reminds me of the markets lately.  Just be careful you don’t hit yourself in the head or otherwise hurt yourself playing with the yo-yo.

The last installment of our how changes in IV affects the greeks focuses on Vega.  As most options traders know, vega is the sensitivity of an option to changes in IV.  So if I have an option with a vega of 100, for every 1% change in IV,  the value of the option should change $100.

Up to now it has been pretty straightforward on how a change in IV affects delta, gamma and theta.  However, vega is a bit different.  Since vega itself measures how IV changes affect option pricing, it’s like we are trying to measure the change of the metric doing the measuring.  Generally speaking, changes in IV don’t have a large effect on vega itself.

Specifically, at the money vega has almost no effect from IV moves, that is vega is the same no matter what IV is doing.   When we get out to the tails there is a slight increase in vega as IV moves up.  This is due to the relative increase in extrinsic value of those options due to increasing IV.

So deep in the money and out of the money options, where there was virtually no vega since there was no extrinsic value, have some vega when IV goes up simply because they have some extrinsic value.  At the end of the day, don’t worry too much about how vega is affected by changes in IV.  Focus more on the other greeks – delta, gamma and theta.  Those, along with the bottom line effect from vega itself in a new IV environment will help in piecing together trade performance during times on moving IV.