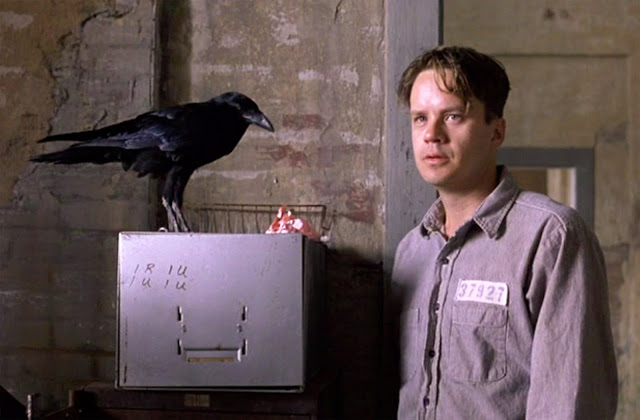 One of my favorite movies is The Shawshank Redemption.  There is one scene where Brooks feeds his pet crow a live maggot.  It turns out that the American Society for the Prevention of Cruelty to Animals declared that it was cruel to the maggot, so the crew had to find one that died of natural causes before shooting the scene.  Comforting to know people out there are actually committing resources to stuff like this while unborn babies are being killed every day.  Hope they don’t find out I killed a fly the other day.  They’ll probably have me arrested.

We are in the middle of the never ending cycle of earnings.  For option traders there are a number of ways to participate and hopefully profit from earnings activity.

One strategy is to buy vega a week or so ahead of earnings and ride the expected IV rise right up to the announcement and sell.  This can work well if IV rises faster than theta and the market remains somewhat stable.  Moving markets can help or hurt your  P and L depending on trade structure.

Another play is to sell the more expensive front month options and buy the less expensive further out options.  After earnings come out the front month will fall more than back month options.  The profit on the trade depends on how much the respective month IV’s change and how much the underlying moves.  At the end of the day earnings plays, like all option trades, will depend on movement in the underlying and changes in IV.  It is up to us to evaluate the environment going into the trade and determine the risk/reward.  And then follow through with our plan.