Papale on Using Greeks to Trade 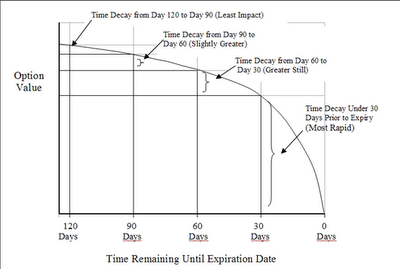 Heard a pretty cool analogy relating to theta the other day from a student.  I was explaining the typical theta curve as you get closer to expiration the slope of the curve becomes steeper, more downward sloping.  The student immediately compared it to the perception of time as we get older.  When young, time seems to go slowly but as we get older, time accelerates.  What a great analogy.  Problem is I am quickly getting to the steep side of the curve.

There is a lot of discussion on how retail traders like ourselves should be using the greeks in our trading.  I figure this is as good a time as any to throw in my two cents.

Let’s assume that the vast majority of retail traders trade positions one by one.  What I mean is that we set up a trade and put it on based on whatever analysis we do for that trade.  We might have several trades on at once, but each has its own risk and P and L criteria.  We don’t bunch all the trades together and manage them collectively such as a market maker or some hedge funds.  That said, there are two main ways I use the greeks when I trade.

First, I use them to establish risk going into the trade.  Once the trade is modeled, take a look at the greeks.  Is the vega number reasonable should IV start to move around?  Delta is an obvious one to look at to determine how much directional bias the position has on starting out.  Look at gamma and theta as well.  Now is the time to tweak the trade if one of these greeks is outside your comfort zone.

The other main way I use greeks is to help determine why the trade is behaving as it is.  For example, if I expect to make $300 on a trade on a given day but I only made $100, the greeks can help me determine what happened.  Maybe vols went up and I am short vega or the market rallied and my negative gamma and short deltas hurt my P and L.  Whatever it is, the greeks can reconcile my actual P and L to my projected P and L.  Certain strategies do use greeks for adjustment but for the vast majority of trades, adjustments are based on either P and L or targets in the underlying, and these are adhered to regardless of what greeks are doing.  Greeks are valuable as additional information, but ultimately it’s your predetermined risk and money management criteria that will determine your actions.