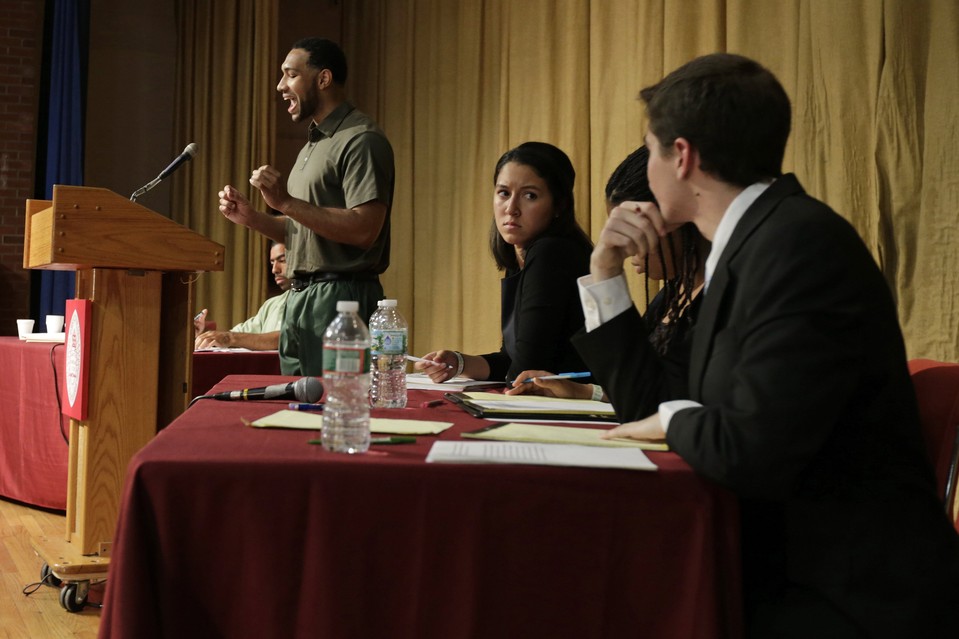 Harvard.  Pretty good school.  Smart students.  Presidents went there.  Eastern New York Correctional Facility.  Incarcerated guys who broke the law.  Many never finished school.  So when Harvard and inmates from the correctional facility decide to have a debate, the whole idea sounds crazy.  Harvard – access to world class research and instruction.  Inmates – old books and no internet.  So how bad was it?  For Harvard pretty bad.  The inmates with limited resources and educational background beat the Harvard debate team.  Don’t cry Harvard.  In the words of Judge Smails from Caddyshack, “The world needs ditch diggers too”.

Vertical spreads are one of the most popular and versatile strategies options traders have.  The limited cost/return scenario is appealing in a relatively higher risk business of trading.  These spreads can be customized to fit nearly any risk or forecast scenario.

For example, if I am bullish I can place a bullish call debit spread or a put credit spread.  The delta and capital requirement, as well as potential risk is based on strike selection.  The wider the strikes the greater the potential reward and risk.  By adjusting the relative distance of each of the long and short strikes from the at the money strike, I can maintain my bullish delta but can manage my vega, gamma and theta.  Remember that the closer the strike is to at the money, the greater the vega, gamma and theta of that strike.

One other thing to keep in mind.  There is no theoretical difference between a bull debit spread and a bull credit spread at the same strikes.  A 100-110 call debit spread I buy for $3 is the same as a 100-110 put credit spread I sell for $7.  Most I can loose on debit spread is $3 (my debit) and most I can loose on credit spread is $3 ($10 gross margin less $7 credit).  Maximum net gain for each is $7.  There is always a parity relationship in these spreads.  Same idea for bearish call and put spreads.  In practice, we generally trade the spread that is out of the money because it is generally easier to quote and there is less slippage.  Most retail traders and volume is on cheaper options than more expensive options.  For the technical trader, strikes can be set based on support or resistance lines if desired.  It is no wonder vertical spreads are so widely traded and taught.