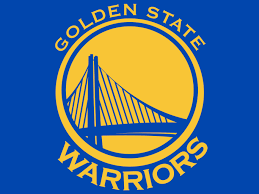 23-0.  Golden State knows basketball.  That’s the record so far this year.  If you count the last 4 games from last year, make it 27-0.  These guys are good.   But the 2012-13 Miami Heat were good too, winning 27 straight during the season.  And of course the gold standard of streaks – the 1971-72 Los Angeles Lakers who ran 33 games without a loss.  No one however started the season better than Golden State.  Fun to watch this stuff.

Global capitalism explained below.  I can’t take credit for this.  I read it online.  Enjoy.

You have two cows. You sell one and buy a bull. Your herd multiplies, and the economy grows. You sell them and retire on the income.

You have two cows. You sell three of them to your publicly listed company, using letters of credit opened by your brother-in-law at the bank, then execute a dept/equity swap with an associated general offer so that you get all four cows back, with a tax exemption for five cows. The milk rights of the six cows are transferred via an intermediary to a Cayman Island company secretly owned by the majority shareholder who sells the rights to all seven cows back to your listed company. The annual report says the company owns eight cows, with an option on one more. You sell one cow to buy a tech startup to help you keep track of your many leveraged cows. No balance sheet provided with the release. The public buys your bull.

You have two cows. You go on strike because you want three cows.

You have two cows. You re-engineer them so they live for 100 years, eat only once a month, and milk themselves.

You have two cows. Both are mad.

You have two cows. Come to think of it, they look more like a pair of moose – in fact, yes they are. One speaks French, one speaks English. One fights to create a new country, the other won’t let it. They both play ice hockey rather well.

You have two cows. You don’t know where they are, You break for siesta and dream about cows on pizza.

You have 1000 fat cows. Not a single one belongs to you. You charge an outrageous fee to park them on the swiss alps and sweeten the deal with some tax-free chocolate.

You have two cows. You have 300 people milking them. You claim full employment, high bovine productivity, and arrest and detain without trial the journalist who reported the number of cows.

You have two cows. They deflate the price of milk and are recalled.

Wall Street has two cows. Both are sick, but they are on steroids and look better than any other cow.